The Top 10 Middle Eastern and African Banks and what they think about crypto. 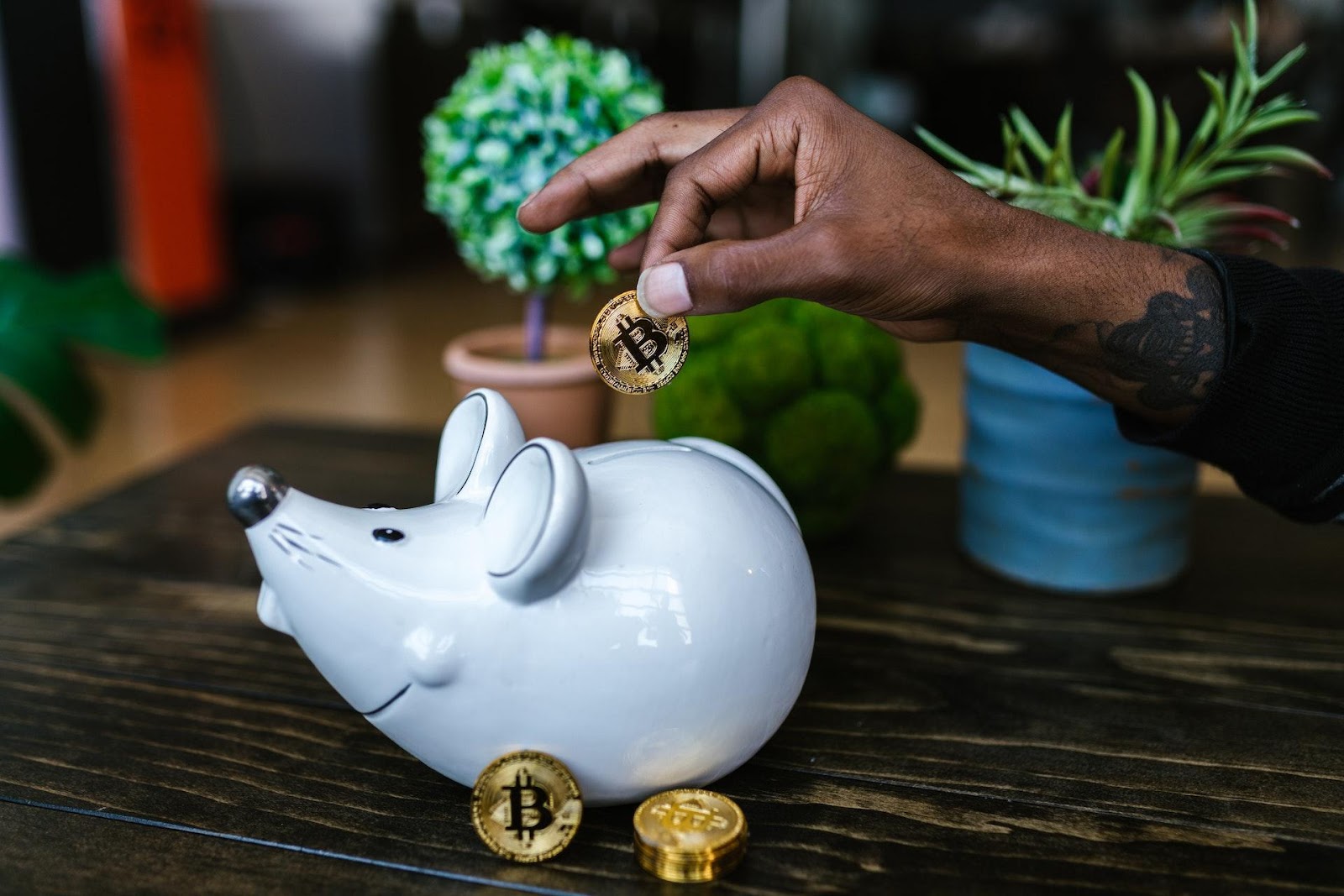 In this article, we will take a deeper look at ten of the top banks in the MEA area.

The COVID-19 pandemic has hastened digital transformation and adoption, giving rise to digital currencies and other payment innovations.

The global banking sector is increasingly moving toward a "marketplace without borders," and digital currencies - as a potential alternative method of payment - have been a hot topic over the last year, particularly in light of the pandemic's rapid decline in cash transactions.

Any currency, money, or money-like asset that is primarily managed, stored, or exchanged over the internet and serves as a medium of exchange, unit of account or store of value is referred to as digital currency. However, digital currencies, unlike traditional currencies, are not legal tender, and law enforcement officials, regulators, and courts around the world are grappling with how virtual currencies fit into AML and CFT regimes designed primarily for traditional financial institutions.

There have also been renewed discussions about the regulation of digital currencies around the world. Recent media reports on financial crime involving digital currencies have highlighted some of the emerging risks, and the debate over Central Bank Digital Currencies (CBDCs) and the role of official institutions is informed by the need to protect financial systems while encouraging innovation. And, while central banks have been researching this topic for some time, news that certain central banks may issue their own CBDCs has pushed digital currencies to the forefront of the related policy debate.

While digital currencies have the potential to improve international payment efficiencies, foster financial inclusion, and boost overall economic efficiency, they also have features that, if not carefully addressed, pose serious money laundering and financial crime risks.

In all of this, the importance of international cooperation in addressing anti-money laundering (AML) and counter-terrorism financing (CFT) risks cannot be overstated. Absa has joined forces with the World Economic Forum's Global Futures Council and the Financial Action Task Force (FATF) to host a virtual dialogue titled "Digital Currencies and Anti-money Laundering Risks."

Absa is committed to collaborating with individuals, consultative groups, global NGOs, and industry bodies such as the FATF to develop platforms like this one to better understand and address the risks associated with digital currencies.

FirstRand, one of South Africa's largest banks, intends to end its relationship with the country's cryptocurrency exchanges, leaving them outside the banking system by the end of the first quarter of 2020.

The news was first reported by the South African industry website MyBroadband, which quoted the bank as warning crypto firms to freeze their assets if they couldn't find another host for their funds.


An excerpt from the letter reads:

ADCB, or Abu Dhabi Commercial Bank PJSC, is a bank in the United Arab Emirates. It provides wholesale banking, treasury, and investing services to consumers.

ADCB has transferred goods worth US$6.5 million from Canada to Bangladesh using technology provided by dltledgers, according to a TokenPost report citing a press release from the bank. Western Red Spring Canadian Wheat, a client of the bank, received the service.

ADCB is the UAE's first bank to complete a trade finance transaction using a blockchain platform.

Al Rajhi Bank is a Saudi Arabian financial institution with about 600 branches. Its headquarters are in Riyadh, and it has six regional offices. Al Rajhi Bank has offices in Kuwait and Jordan and subsidiaries in Malaysia and Syria.
Al Rajhi Bank (ARB) used Ripple Blockchain Technology to complete a secure cross-border money transfer. This is the first time the technology has been used successfully in Saudi Arabia.

The most recent transaction involved a money transfer between the headquarters of Al Rajhi Bank in Riyadh and Jordan. This achievement emphasizes Al Rajhi Bank's network's technological integration and validates the bank's transformed customer experience and ongoing efforts to digitize customers' banking experiences.

Al Rajhi COO Waleed Al Mogbel commented on the recent announcement, saying, "We are very pleased with the outcome of this initiative." We strive to innovate and maintain leading banking services at Al Rajhi Bank, and this success validates the potential of our existing operations. This technology will enable us to further reduce processing costs across our settlement and reconciliation processes, while also improving the predictability and efficiency of our intraday liquidity management."

The Kingdom of Saudi Arabia is the world's second largest recipient of remittances. With over 200 remittance centers across the Kingdom, Al Rajhi Bank is the leading bank in the region for remittances. The bank is collaborating with the Saudi Monetary Agency to make such technologies widely available to its retail and corporate customers.

National Bank of Egypt and cryptocurrency (125,001$ in millions)​

The National Bank of Egypt was established in Egypt in June 1898. It is headquartered in Cairo and has 540 branches around the country.

The National Bank of Egypt (NBE), the country's largest bank, is utilizing the RippleNet blockchain for cross-border payments with Lulu International Exchange, a currency exchange firm in the United Arab Emirates. NBE first announced its partnership with Ripple in February of this year.


"Given the importance of remittances in the Egyptian economy, the National Bank of Egypt strives to develop and improve infrastructure related to this line of business on a continuous basis."

The Saudi National Bank (SNB), commonly known as AlAhli Bank, was originally known as The National Commercial Bank (NCB). It was established in December 1953 and has its headquarters in Riyadh.

Al Zahrani, a former managing director at Accenture, reports to Ziad Al Yousef, the Central Bank's deputy governor for development and technology. They are part of a team in Riyadh that consults on potential restrictions with some of the top cryptocurrency companies.


This appointment indicates that the country has reconsidered its previous ban on cryptocurrency. In 2018, Riyadh prohibited banks from conducting cryptocurrency transactions. This abrupt shift has fueled speculation that the rise of the United Arab Emirates (UAE) as the region's crypto powerhouse has compelled Saudi officials to consider explicitly regulating cryptocurrencies.

The Standard Bank of South Africa Limited is a bank and financial services organization in South Africa. It was founded in 1862 and is Africa's largest lender in terms of assets.

Standard Bank Group, Africa's largest bank by assets, has joined the Hedera Governing Council and partnered with Hedera Hashgraph, an enterprise-grade distributed public ledger. Standard Bank will establish the continent's first Hedera network node, which will address some of the issues that have historically hampered the growth of cross-border trade.

Long settlement periods, information asymmetry between multiple parties involved in a transaction, which results in delays in receiving approval from intermediaries, are just a few of the issues that cause bottlenecks in cross-border trade. Furthermore, all parties involved have little to no visibility or transparency.


Hedera's distributed ledger technology (DLT) effectively enables the sharing of information between two parties involved in a transaction while ensuring that the information or data is credible and authentic - without the need for a trusted intermediary. Transactions conducted through the DLT platform are not confirmed until all data fields and conditions have been met. This creates a transparent environment and enables trades to be settled more quickly and efficiently.

Standard Bank Group has been a pioneer in leveraging blockchain and distributed ledger technologies to provide speed and transparency to its large and growing African customer base. It has used this technology for a variety of purposes, including foreign exchange (FX) payments and settlement between partner banks, clients, and trade counterparties.

UAE Emirates NBD Group Chief Operating Officer, stated that it is only a matter of time before Blockchain technology takes center stage in the UAE and we begin to recognize crypto and digital assets as legitimate currencies. During a panel discussion at the Global Business Forum Latin America, he made this statement.

This statement comes as the momentum for digital banking in Latin America has accelerated, thanks to increased collaboration among industry players in the MENA region, the UAE, and Latin America.


Leading financial and banking institutions from the UAE, Colombia, and Mexico shared new insights into the development of the Latin American and Middle Eastern financial sectors, including discussions about blockchain, cryptocurrencies, and digital assets.

The largest bank in the United Arab Emirates is First Abu Dhabi Bank. It was founded by the merging of First Gulf Bank (FGB) with the National Bank of Abu Dhabi. Through its Corporate and Investment Banking and Personal Banking brands, it provides financial solutions, products, and services.

LiquidX is a blockchain-based multi-bank platform that offers supply chain financing solutions to businesses in the United States, Europe, and Asia. LiquidX will significantly broaden its connectivity into the Middle East and North Africa markets by collaborating with FAB, the largest bank in the United Arab Emirates and one of the world's largest and safest financial institutions. FAB will use the company's cutting-edge trade and working capital technology platform to accelerate and streamline its Global Transaction Banking capabilities across receivables finance and payables finance, allowing the bank to accelerate the rollout of supply chain financing across international locations.

QNB, the Middle East and Africa's largest financial institution, unveiled its global strategy for cross-border payments with the launch of a remittance service developed in collaboration with Ripple, the leading provider of enterprise blockchain solutions.

According to the agreement signed by both parties, QNB will initially pilot RippleNet, Ripple's global financial network technology, with QNB Finansbank in Turkey as part of a group roll out, with plans to expand to other key remittance corridors in the future.


QNB intends to use RippleNet to enhance cross-border payments and rapidly grow its remittance business across many nations. This collaboration will allow near real-time payments to QNB clients, providing a unique and differentiated experience. 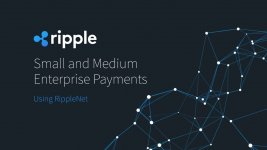